Is there such a thing as a “snooze button” for the biological clocks? Do they exist? 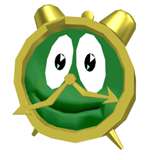 Unfortunately, the short answer to this is NO!

However it seems that many Australians are unaware of this fact. The Fertility Society of Australia (FSA) surveyed 2,400 people in an attempt to find out what their expectations were relating to having babies.

The survey revealed that 88% of men and 57% of women between the ages of 30 and 39 believe they will have no problems conceiving. And just 2% thought that male infertility was ever a reason for couples to seek IVF treatment, while none believed that a man’s age could influence his fertility.

Just 27% of Australian women have their first child before the age of 30, compared to 92% 30 years ago. Dr. Clark said that contrary to popular belief, later childbearing was not down to women pursuing careers, but to their desire for a stable relationship and financial security. The women who took part in the survey rated their career 13th out of 14 factors that would influence their decision to have children, while one in three women in their thirties had no children because they had no partner.

Dr. Clark said that any fertility education campaign should also encourage couples in their thirties to seek help if they were unable to conceive after 6-12 months of trying. More than 80% of men in their 40s surveyed thought they would be able to have a child without problems, as did 43% of women in the same age range.

But, said Dr. Clark, when it comes to problems conceiving, “the amber light comes on for women at 35 and for men at 40.”

 To schedule a free fertility consultation to get all of your questions answered, please call us on 1300 337 845 (1300 FERTILITY) or fill out your request online.