Please note: We are now offering surgical sperm collections on-site at the clinic!

What is Surgical Sperm Collection (SSC)?

Surgical Sperm Collection/Retrieval is a procedure designed to collect sperm from either the epididymis or testis. It is used in conjunction with in-vitro fertilisation (IVF) or intra-cytoplasmic sperm injection (ICSI) to give men who have no sperm in the ejaculate (azoospermia) the opportunity to father their own child.

Prior to 1985, the only options for treating azoospermia were reconstructive surgery, such as vasectomy reversal (assuming there was an obstruction) or donor insemination. Azoospermia accounts for 10-15% of all male infertility and is classified into two types, these being obstructive and non-obstructive. 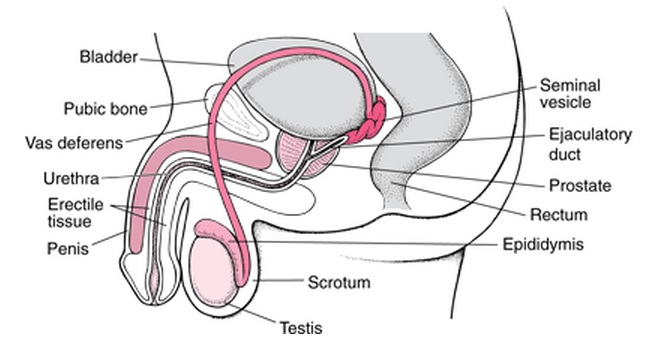 Obstructive azoospermia accounts for roughly 40% of azoospermic cases. In these patients, sperm is produced by the testicles, but are unable to be released into the semen due to either a blockage or damage to the epididymis, vas deferens or ejaculatory ducts of the male reproductive system.

Non-obstructive azoospermia is a more complex or serious condition. In these patients, sperm are either not being produced at all, or at such low levels that they are unable to reach the end of the male reproductive tract. This means that most non-obstructive azoospermia will be the result of hormonal problems, testicular failure, or varicoceles. Testicular failure is the inability of the testicles to produce enough mature sperm due to chromosomal problems or undescended testicles. Varicoceles are swollen varicose veins in the scrotum that cause blood pooling, which negatively effects sperm production.

It is estimated that even with the use of surgical sperm collection, 25-50% of men with non-obstructive azoospermia will fail to produce enough sperm for IVF or ICSI.

How is a Surgical Sperm Collection (SSC) Performed?

Generally the technique used to retrieve sperm will depend on the type of azoospermia. In each case, the goal is to obtain the best quality of sperm, whilst minimising the damage to the reproductive tract, so that any future attempts of SSC or reconstruction are not jeopardised.

There are a number of techniques which can be used, with varying levels of intrusiveness. If the cause is obstructive, there is a high chance of collecting sperm during the SSC. So, usually percutaneous epididymal sperm aspiration (PESA) or testicular sperm aspiration (TESA) will be performed. These techniques are relatively non-invasive, as attempts are made to collect sperm percutaneously (through the skin) from the epididymis or testicle using a fine needle aspiration. Both of these procedures can be carried out under local anaesthetic, mild sedation, or a general anaesthetic. 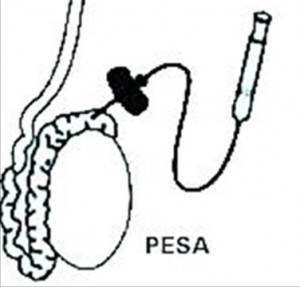 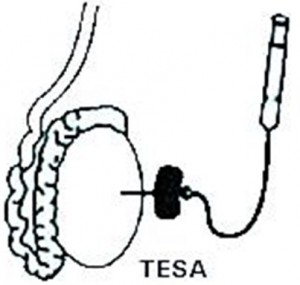 For non-obstructive azoospermia, sperm will generally be attempted to be collected from the testicle via open surgical biopsies. This technique is referred to as testicle sperm extraction (TESE) and is routinely carried out under a general anaesthetic.

It is more invasive than PESA or TESA, as it involves the surgeon exposing the testis by making a cut in the scrotum and collecting sections of the testicular tissue. This technique is only used as a last resort due to the fact that it can result in more scarring of the testis than with an aspiration. 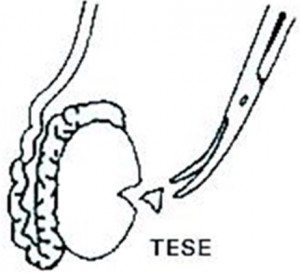 It is recommended that patients who are diagnosed with having non-obstructive azoospermia have a diagnostic SSC performed prior to the female partner starting any IVF treatment, as men with this diagnosis are at an increased risk of not having any sperm for collection. Whilst for patients who are diagnosed with having obstructive azoospermia, a surgical sperm collection may be performed prior to IVF treatment or on the day of egg collection.

How To Arrange A Surgical Sperm Collection?

Below is a list of patients who may benefit from surgical sperm collection:

A referral from a GP will be needed for this appointment. At this appointment you will be required to sign consents for the SSC procedure and sperm freezing (if deemed suitable).

Will Sperm Be Frozen After The Surgical Sperm Collection?

In all surgical sperm collection techniques, the sample will be examined by the scientist at the time of collection for the presence of sperm. In some instances, there will be an abundance of sperm (i.e. most common in obstructive cases) and in others there will be a lack of sperm (i.e. most common in non-obstructive cases). After processing the sample at the laboratory, it will be assessed for freezing. As with any cases involving sperm freezing, there are 3 outcomes that can occur:

A report will be sent to the specialist performing the procedure after completion of the surgical sperm collection. This report will outline what sperm was found during the collection, after processing of the sample and the suitability for freezing. There can also be a recommendation that a fresh surgical sperm collection be performed on the day of IVF treatment, to ensure that there is enough motile sperm for injection.

If you or your partner have any questions about surgical sperm collections, please contact your specialist, primary nurse or a scientist by phoning (07) 5478 2482 or 1300 FERTILITY.