The following is the IVF story of the Jonns family and details the successful birth of their first boy, Nathan and later a second boy, Aaron who came along naturally.

Please tell us a bit about you and your husband.

Bruce and I are both originally from Sydney, but we met in Queensland in early 1995, when I was 21 and Bruce 27. We grew up near to each other in Sydney, holidayed at the same place and even had the same history teacher at different schools, but never met!

We married in September 1998, but did not think about having children for about 2 years. It was not until I came off the pill, which I had been put on quite young due to debilitating periods, that I realised something wasn’t working properly. I was extremely irregular, which in the beginning lead to a few false hopes I was pregnant. After about 6 months (which is what everyone said to try before speaking to a doctor), we went to our GP. After I had been sent for blood tests and ultrasounds, it was revealed I had Polycystic Ovaries.

How did you go about deciding to pursue fertility treatment? 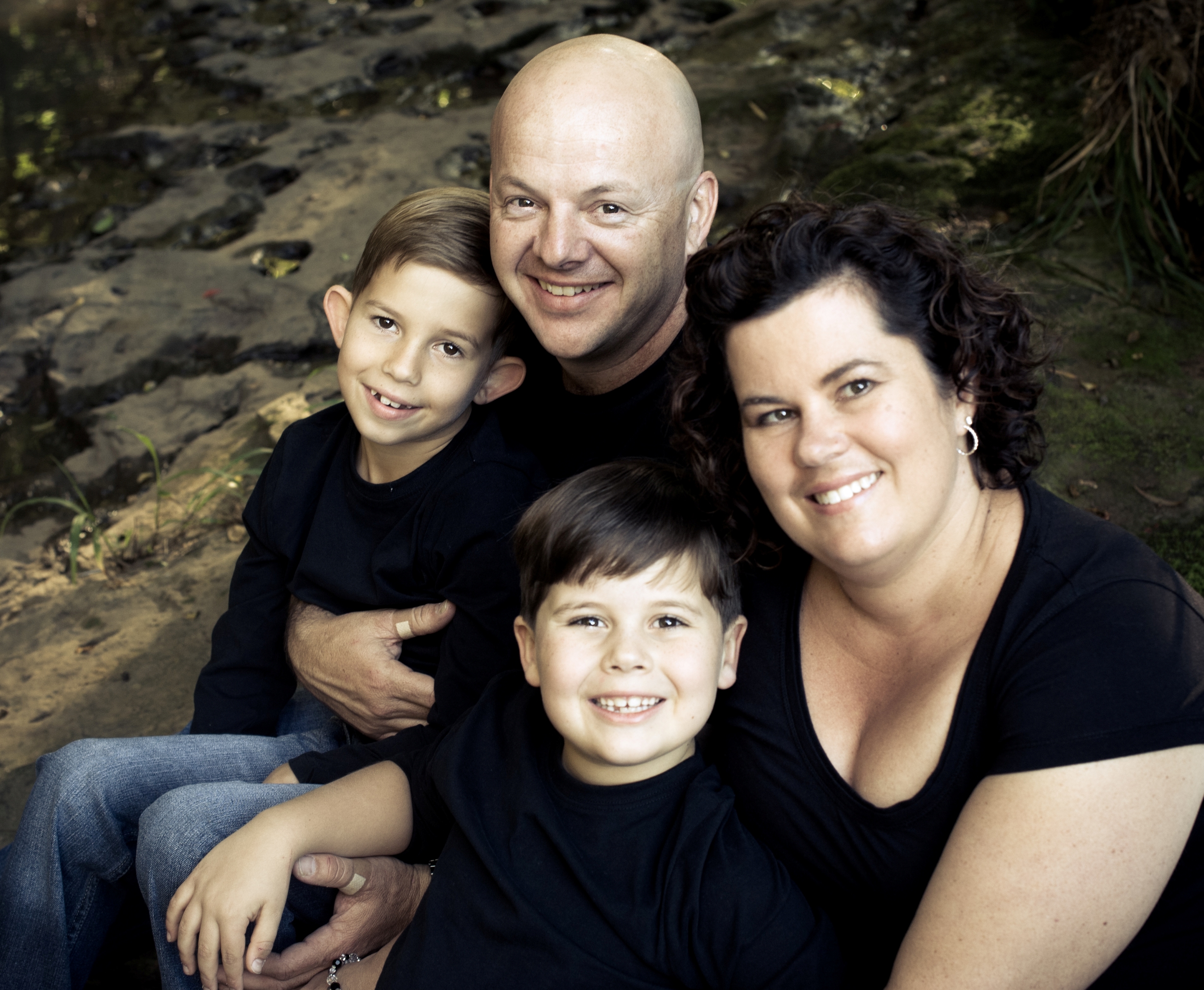 We went through a number of different fertility treatments including artificial insemination following blood tests to determine when I was ovulating. I was also on clomid for sometime, which was quite an ‘interesting’ time.

Bruce, at the time, was travelling a lot for work, and it was pretty hard to get pregnant when we were hundreds of kilometres apart, so I ended up travelling around with him, which led to interesting questions of, “Why!”

After a number of months, with so many unsuccessful treatments, it was suggested that we try IVF.

Other Recollections Of Our IVF Journey

To add more complexity to our situation, just as we commenced IVF, Bruce got a new job in Sydney, so his sperm had to be stored. So, in the midst of the injections leading up to the egg retrieval, I had to pack up our house, get it rented out, find a rental property online in Sydney, and learn to give myself injections. The injections were only into my stomach, but at that time, I wasn’t fond of needles – let alone giving them to myself. I can clearly remember sitting on my living room floor, with boxes and newspaper around me, leaning against the lounge, holding the needle with an internal dialogue going round in my head:

I finally got the courage to do it, and it wasn’t really that bad!

Bruce had left for Sydney when I went for the egg retrieval surgery. I was told prior to the procedure that the number of eggs retrieved would be written on my hand so I could see when I woke up. Upon waking – I clearly remember – even in my post anaesthetic haze – I was looking at my right hand and there was nothing on it. I had a cannula in my left hand, but sat bolt upright trying to see on my left hand where the number was written. Much to my relief, after nothing being written on my hands and my fear that meant no eggs, we had 11. And of these 11, 8 were viable once fertilised.

When I went back for the embryo transfer, we had decided on 2 embryos being transferred. I was allowed to look at the embryos in the microscope, and saw my 2 little ‘raspberries.’ I will never forget that image.

Again the saga continued, Bruce had to fly back up to the Sunshine Coast to help me drive back to Sydney with our dog. On the way to Sydney, I needed to have the injections into the muscle in my leg to help with the embryo implantation. We were in Tamworth at the time it was due, and we drove around to find a deserted street in the industrial area, so Bruce could give me the injection in somewhat private!

The worst experience, however, was yet to come. In the days following, I was required to have blood tests to confirm if I was pregnant or not. After having the blood tests, I got the results and I was told, “Your hormone levels are not high, if you haven’t started bleeding by tomorrow, come back and we’ll do another set of tests”.

I felt like I’d been hit by a truck. I fortunately didn’t start to bleed and went back for another blood test to be greeted with results of, “Your levels are still not high, if you haven’t started bleeding within a week come back.”

That week, a very long week, went by and the following blood tests revealed much higher hormone levels – I was pregnant!

I spent a lot of the first half of my pregnancy scared that something would go wrong, I knew all the statistics of what the survival chances of a baby being born at which week were, despite all my scans showing one normal healthy baby boy who grew exactly as he should.

We bought a house when I was about 4 months, and moved in, and decorating the baby’s room was about the first time I relaxed a bit.

Since the run so far hadn’t been smooth, just to add another trial, I fell in the back yard at 7 months and broke my ankle! I soon learnt that women who are 7 months pregnant can’t use crutches, my centre of balance was way out, and I fell over, and refused to use them again. So, off we went to get a wheel chair!

I spent the next couple of days going to work with Bruce because I couldn’t go to the toilet on my own. The receptionist at Bruce’s work had to go and knock on the ladies bathroom door, make sure it was empty, then stand guard at the door to stop any other ladies coming in because Bruce was in there. Luckily, within a couple of days, I got one of those big black boots, which we named my “Darth Vader” boot, which I wore for the next 2 months.

Birth Of Our Baby Boy(s) 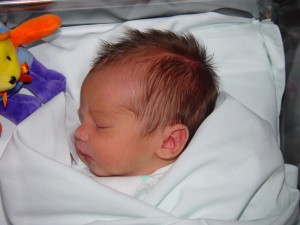 My due date fell when my obstetrician was on a conference, so we decided to have an induction, which was only 2 days before my due date. When we got to the hospital, I was checked and already about 4cm dilated and having contractions, though I thought they were Braxton Hicks, so I only needed one lot of gel to get my contractions going properly, and 8 hours later our beautiful baby boy, Nathan, was born.

About 14 months later, I started to have unusual tastes occur – the sultana’s tasted like they had eucalyptus on them, and Bruce started telling me I was pregnant.

I thought that was a ridiculous statement, but to shut him up, I bought a pregnancy test. I did and put it down to give it time to react, as it was the cheapest one you could buy and said on the pack it would give results within 5 minutes.

I completely forgot about it for about 15-20 minutes, and when I went to check it had 2 blue lines. Presuming it was faulty I did the other test in the pack, and I watched it and it turned positive before my eyes. I had no idea how far along I was, because my periods were still so irregular, so I was sent for scans, and I was 8 weeks! 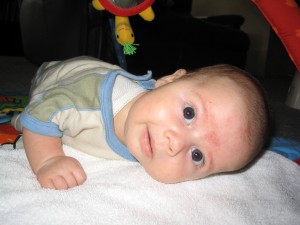 Just to make sure I didn’t have too easy a run during my pregnancy, we moved back to the Sunshine Coast, selling our home in Sydney and packing with a toddler. Later, on his due date, our other miracle baby boy, Aaron was born.

We’d like to express our thanks to Jodi for providing us with this beautiful and open account of her journey. Thank you to the entire Jonns family for sharing their story and the images you see in this post. We hope you have enjoyed reading their story!