It has long been thought that male fertility is not affected by age and his fertility remains the same throughout. Recent research has actually proven this to not be the case.

Whilst men are continuing to renew sperm as they age, are they as good as they used to be? It appears not, with recent research suggesting that male fertility declines with age.

Research Of Fertility in Aging Men

Whilst it is true that men continue to make sperm throughout their lives and there appear to be no age limits for men to produce a pregnancy, there are consequences of the older man fathering children.

In 2003, Mohamed Hassan and Stephen Killick researched the effect of male age on fertility and found that:

It has been reported that the higher number of mis-shapen sperm, the greater potential for genetic abnormalities.

In addition to this, Hassan and Killick identified that:

So why is it that there is such an impact on males as they age? Research suggests a strong correlation with male age and DNA fragmentation.

There are many things that impact on the integrity of the sperm DNA including diet, the frequency of ejaculation, smoking, alcohol, caffeine intake, recreational drugs and of course aging.

One of the best markers we have today of the male biological clock is an increase in DNA damaged sperm.

It is important to remember that as the percentage of damaged sperm increases, the odds of fertilisation decreases.

An interesting fact to contemplate is that paternal-age risk factors aren’t really an issue when the male has a female partner of 35 or less. This is because oocytes have a built-in mechanism known as DNA repair that amazingly identifies and repairs damaged DNA that has been delivered by the sperm.

Whilst this safety mechanism exists for men with their partners who are under the age of 35, the important take home message here is that this natural phenomena starts to break down after the woman turns 35.

What is becoming evident is that structures called telomeres also play a significant part with male fertility. 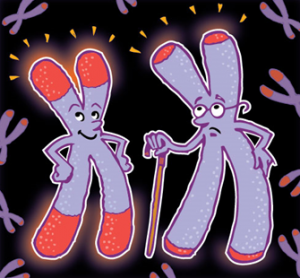 Without the coating, shoelaces become frayed until they can no longer do their job, the same can be said for telomeres, without them the DNA strands become damaged and our cells can’t do their job.

We inherit telomeres from our parents, but no matter the length of our telomeres at birth, everyone’s get shorter as they age.

Rodrigues and colleagues in 2005 researched telomeres and male fertility and found that critically short telomeres are associated with sperm DNA fragmentation.

So, what is the relevance of DNA fragmentation? It has been reported that DNA has been associated with impaired fertilisation rates, poorer embryo and blastocyst development, lower implantation rates, and higher instances of miscarriage.

It can then be reported that male fertility is affected by age as the research suggests that as the male ages there is a:

So is there such thing as the fountain of youth for men? To date, there has to date been no magic cure identified that will stop or even slow down the effects of aging on both male fertility, but the factors below may help to improve fertility and reduce DNA sperm fragmentation in aging men.

Research shows that telomere shortening can be slowed or perhaps even stopped by making healthy changes to lifestyle choices.

These health choices include reducing stress, stopping smoking, losing weight, exercising more and eating a healthier diet, including exposure to anti-oxidants such as vitamins A, C and E, and the minerals copper, zinc and selenium which neutralises the free radicals that damage cell DNA.

As you may recall from above, DNA strands are protected by telomeres. Telomeres are built by an enzyme called telomerase. It is thought that this enzyme may be able to turn back the biological clock.

Telomerase is in all of your cells, but in adults it’s usually turned off. The key to slowing or even reversing the aging process and therefore slowing or stopping the shortening of our telomeres is to activate telomerase. Once activated cells should then be able to begin copying again.

How can telomerase be “turned on”?

1) Increase Vitamin D Intake. As we all know, Vitamin D is called the “sunshine vitamin” for good reason. But it might soon be renamed the “telomere vitamin”.

That’s because a separate study by the American Journal of Clinical Nutrition looked at more than 2,000 women of all ages. The more vitamin D they had in their bodies, the longer their telomeres were. On top of that, people who supplemented with vitamin D had longer telomeres than those who didn’t. 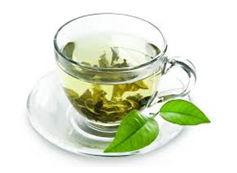 A compound in green tea also appears to keep telomerase active so drinking a few cups of green tea daily seems to control telomerase and may have an age defying effect.

As women and men delay childbearing, there is now an unrealistic expectation that medical science can undo the effects of aging – unfortunately even with IVF this is not so.

The take home message today is whilst Assisted Reproductive Technology has come a long way over the last few decades; IVF won’t and does not fix everything for everyone.

While men continue to produce sperm throughout their lives quality is compromised. Men under the age of 40 have an increased chance of producing a pregnancy and a healthy baby compared to men who are over 40.